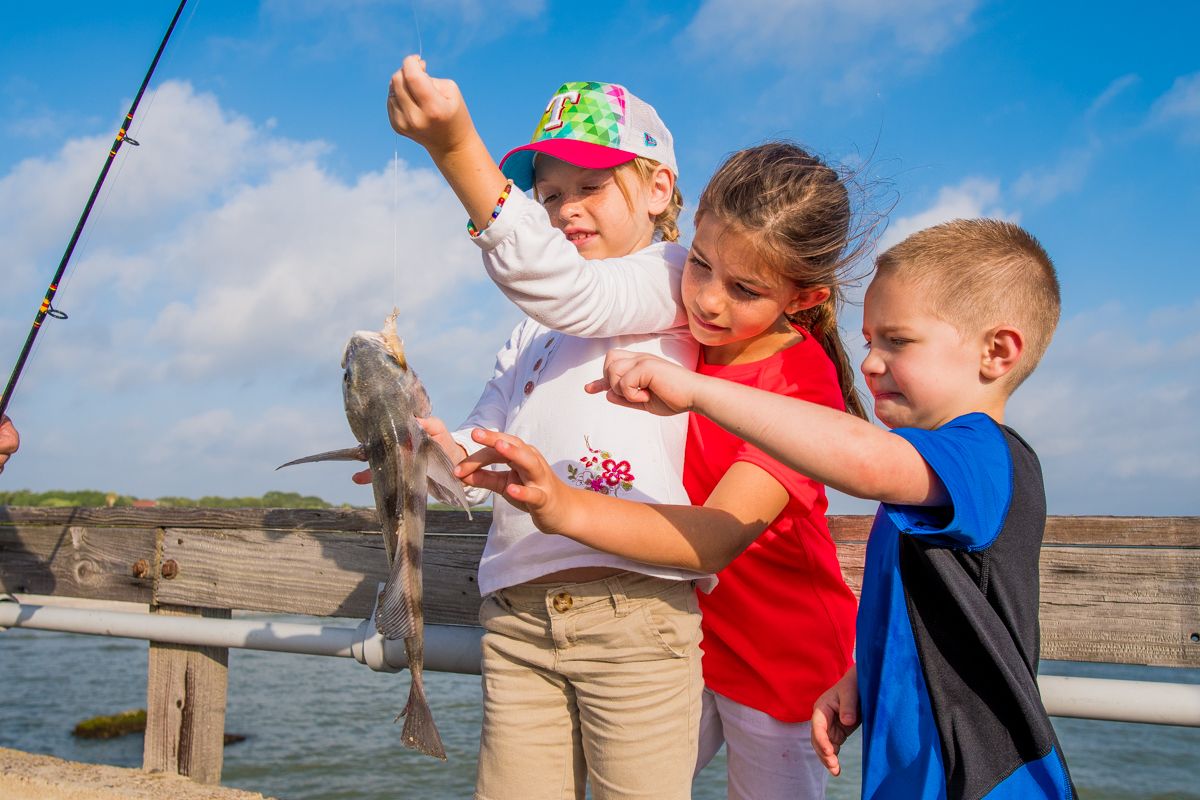 Have you ever watched children’s faces light up when they catch their first fish, or reap the first harvest from something they planted? In that moment they have done something so much more than catch a fish — they have been empowered with a skill that will help them be self-reliant.

“I enjoy watching my girls try different methods to catch a fish,” says parent Caleb Harris. “Sometimes what they try doesn’t always work, so I encourage them to try another way. We laugh a lot about some of the silly things we try. Telling their friends how they caught the fish is almost as fun for them as sharing the fact they actually caught one.”

A great way to engage teens and help them master outdoor skills is to have them share their knowledge with younger kids. The thoughtful interaction that can occur is one more step in the journey to self-reliance.

Children who spend time playing in nature are more capable, confident and have higher resilience. These are all abilities that parents want for their children.

Access to Nature Can Promote the Mental Well-being of Children

This systematic review of the literature examined the association between access to green space and the mental well-being of children. Selection criteria included original research focusing on children (0-18 years) published between 2012 and 2017. Twelve articles fitting these criteria were identified. Three additional articles – published prior to 2012 — were included in the review, as they were often cited as important early research on nature-related benefits for children.

The overall findings of this review indicate that access to natural environments can benefit children in various ways, including improvements in confidence, social interactions, cognitive development, academic achievement, and emotional well-being. The implications of this research-based evidence apply to various sectors of society, including urban planners, health practitioners, educators, and families. Specific recommendations are offered for nursing professionals with pediatric patients. Such recommendations include writing prescriptions for outdoor play, advocating for natural playspaces in the community, and collaborating with multiple disciplines and stakeholders in implementing initiatives connecting children with nature. While this review provides strong evidence of the benefits of access to nature for children, additional research addressing both benefits and barriers to green space access is needed.

In this portfolio, the researcher critically explores the role of the learning disposition ‘resilience’ in the learning and development of young children and the implications for practice and policy. This enquiry is contextualised through child observations and reflection on practice during a 12 week Forest School project in Torbay in 2010.