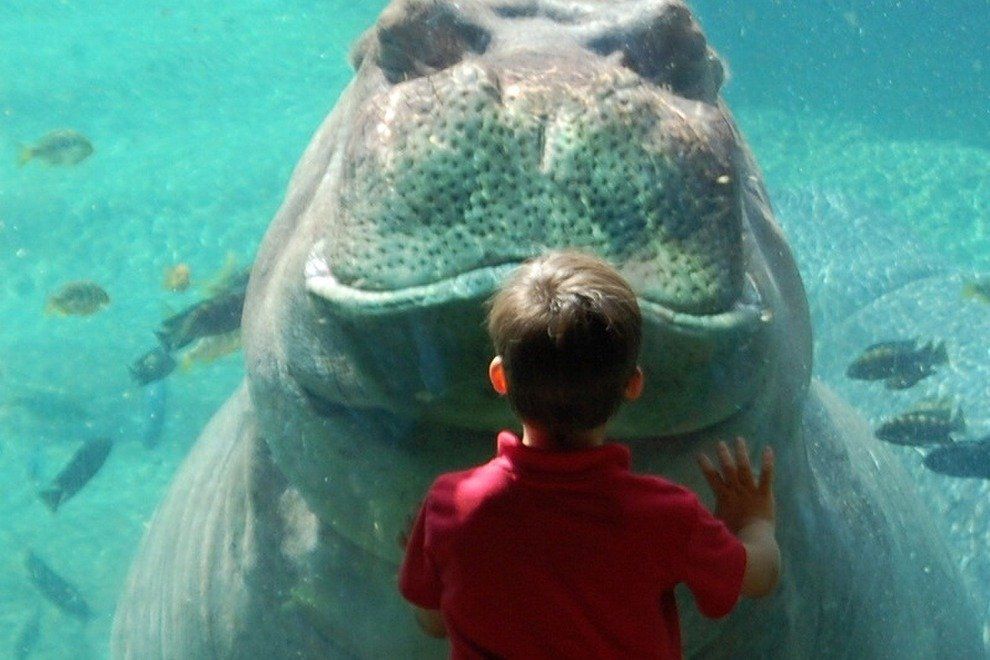 When children build a relationship with nature, they tend to be more inclined to care about their natural world as adults. Learning about food webs, water systems, weather and migration patterns of wildlife all helps kids understand the relationship between themselves and the world around them.

Stewardship can be as simple as sharing a love of the outdoors with another person, or something grander like volunteering. At each touch point, kids start to build their own connection and start to care about the things that spark their interest.

Do experiences with nature –– from wilderness backpacking to plants in a preschool to a wetland lesson on frogs, promote learning? Until recently, claims outstripped evidence on this question. But the field has matured, not only substantiating previously unwarranted claims but deepening our understanding of the cause-and-effect relationship between nature and learning. Hundreds of studies now bear on this question, and converging evidence strongly suggests that experiences of nature boost academic learning, personal development, and environmental stewardship. This brief integrative review summarizes recent advances and the current state of our understanding. The research on personal development and environmental stewardship is compelling although not quantitative. Report after report –– from independent observers as well as participants themselves –– indicate shifts in perseverance, problem-solving, critical thinking, leadership, teamwork, and resilience. Similarly, over fifty studies point to nature playing a key role in the development of pro-environmental behavior, particularly by fostering an emotional connection to nature. In academic contexts, nature-based instruction outperforms traditional instruction. The evidence here is particularly strong, including experimental evidence; evidence across a wide range of samples and instructional approaches; outcomes such as standardized test scores and graduation rates; and evidence for specific explanatory mechanisms and active ingredients. Nature may promote learning by improving learners’ attention, levels of stress, self-discipline, interest, and enjoyment in learning, and physical activity and fitness. Nature also appears to provide a calmer, quieter, safer context for learning; a warmer, more cooperative context for learning; and a combination of “loose parts” and autonomy that fosters developmentally beneficial forms of play. It is time to take nature seriously as a resource for learning — particularly for students not effectively reached by traditional instruction.

Spending Time in Natural Areas as a Child is Associated With Adult Pro-environmental Attitudes and Feelings of Being Connected With the Natural World, and is Also Associated With a Stronger Sense of Place

A systematic literature review was conducted on research related to the benefits of time in nature for children under twelve years old. Inclusion criteria of the review included peer-reviewed research published in English between 1990 and 2011 that had a robust methodology and focused on children’s experiences in nearby nature. These criteria yielded 61 studies that were categorized based on the specific benefits that were addressed in the research. The review identified benefits for children related to time in nature in the general areas of health, well-being, cognitive processes, social skills, emotional/behavior issues, and ethics/attitude towards the natural world. The studies were grouped together by specific benefit to develop an overall assessment of the extent to which evidence supports the existence of each benefit.

Overall, the literature review supports the view that spending time in nature is an important childhood experience that promotes their healthy development, well-being and positive attitudes towards the natural world. The review helps to shed particular light on the relationship between benefits and the way in which children engage with the natural environment, highlighting “the value of more playful engagement styles such as free play, exploration, leisure and child initiated learning.” An overall theme was that more playful engagement with nature was associated with health benefits as well as positive environmental attitudes and less playful approaches, such as school gardening projects and field trips, yielded more educational benefits. This insight into the importance of children’s playful engagement with the natural world is an important contribution to the literature and provides support for “initiatives that allow for more open-ended, child-directed and playful experiences in natural environments.”

People are drawn to gardens, forests, and other natural spots for recreation and for vacations. Homes near parks typically gain in value. The designers and operators of hotels, spas, and golf courses know that beautiful grounds attract customers. In the words of University of Michigan psychologist Rachel Kaplan, “Nature matters to people. Big trees and small trees, glistening water, chirping birds, budding bushes, colorful flowers—these are important ingredients in a good life.” (Kaplan, 1983, p 155) Evidence suggests that children and adults benefit so much from contact with nature that land conservation can now be viewed as a public health strategy.

Developing children’s empathy with the natural world should be the main objective for children ages four through seven. Children’s experiences during early childhood should nurture the conception of the child as a part of nature. It is during early childhood when children’s experiences give form to the values, attitudes, and basic orientation toward the world that they will carry with them throughout their lives (Wilson 1994 & 1996). Regular positive interactions within nature help children develop respect and a caring attitude for the environment. Not only are regular experiences in nature important, but also watching adults, both parents and teachers, modeling enjoyment of, comfort with, and respect for nature (Cohen 1992 & Phenice & Griffore 2003, Wilson 1996). Sobel 1996

Children's Concern for the Natural Environment