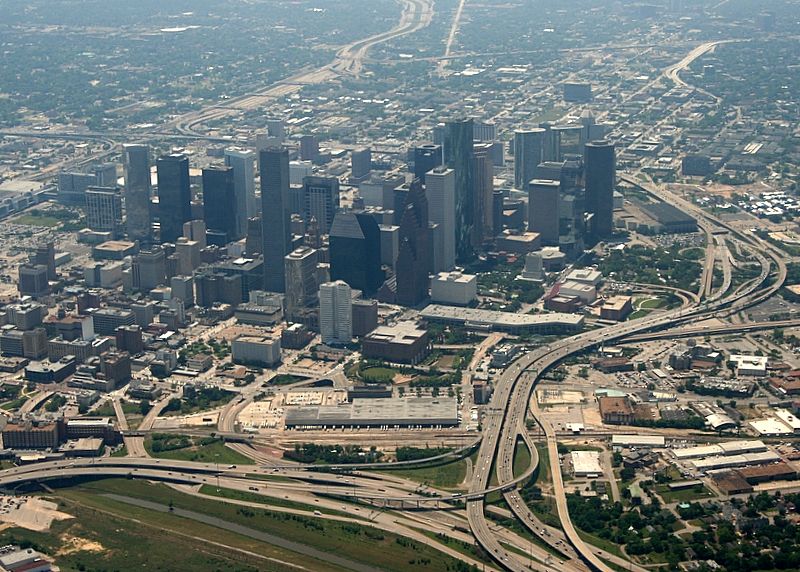 Remember When Houston Was Wild?

What I see is astonishing. I see a city on the verge of massive post-war growth, but only on the verge. Beltway 8, Highway 6, and the Grand Parkway are conspicuously absent. Their ribbons of concrete have yet to stretch out into the countryside or bisect communities. The Galleria appears to be a hay meadow or ranch, and the city’s footprint barely reaches beyond the 610 Loop.

Houston’s neighborhoods are tightly packed and gridded, perfect for walking, biking, and communing with neighbors. Yet there is nature in the city, too, with numerous woodlots and primeval forests along Buffalo and Brays Bayous. These wild places give countless Houston boys and girls a natural playground with opportunities to catch turtles, chase butterflies and construct tree houses.

On the city’s edge, the region still retains a complex, rugged, and in some places utterly wild landscape. Much of the Katy Prairie is, in fact, still prairie, and the great northern forests still stand strong and intact. On the ground red wolves patrol riverbeds, Texas horned lizards still chomp red ants on prairies, and hundreds of thousands of waterfowl still flock to the region’s wetlands. It is also impossible to miss the intertwined rice farms and huge cattle ranches that give Houston its ties to western heritage.

To be certain, Houston in 1944 was not a perfect place. It was place still plagued by racial divide, lack of air conditioning, mosquitoes, and income inequality.

Fast forward to 2015, and Google Earth – and our own eyes – shows a radically different picture. This is a region that is largely paved by sprawling suburbs and faces difficult transportation challenges. It’s a region where forests, wetlands, and prairies have vanished at an alarming pace.

This is not to say that the Houston of 2015 is a worse place; in fact, and in many ways it’s better. Yet somewhere along the way we left some of the best facets our old Houston in our breakneck growth, like a teenager moving so fast he can’t see the unintended consequences of his actions.

In the completely understandable urge to create fantasy communities after World War II, we created and are still creating suburbs. Unfortunately, suburbs tend to have some really unfortunate side effects.

For example, suburbanites suffer from higher rates of obesity and loneliness. Much of this has to do with the scale of suburban development, which places neighbors further apart from each other and has few public squares. Those factors pose major barriers to walking and to forming community. Is it any wonder that a recent study found that Americans have fewer close friends than they have in the past?

Furthermore, we’ve practically sanitized our cities of true nature and made them dangerous to pedestrians and bicyclists. Any tall grass is promptly mowed, and sight lines are cleared to ensure safety, leaving precious few places for tree houses and adventure. This leaves a mostly safe and completely sterile outdoors for kids. Kids don’t like sterile, boring landscapes. At the same time, we’ve created truly immersive video games that allow children to risk and explore exciting motion-filled worlds.

Is it any coincidence that the average Texas child now spends, on average, more than 7 hours per day connected to electronic media? Is it coincidence that we have an obesity epidemic when we’ve made it difficult to walk or bike safely? Last year alone, 667 citizens were killed on streets in the 13-county Houston region.

In some ways, we are looking at a tidal wave of unintended consequences. No one set out to develop a health crisis, create a biodiversity disaster, disconnect our communities, or destroy some of the best farmland and ecosystems in the country.

It was the unintended consequence of thousands of decision that we now must own and address as a community. We know that humans prefer places with transit options and public spaces that foster our social needs, are rich in nature, and provide civic connectivity.

Now our job is to reimagine a New Houston. We envision a region that is rebuilt to incorporate the connectivity to each other and to nature that we once enjoyed while building on incredible quality of life efforts (like the city Complete Streets ordinance and Metro’s New Bus Network) and human diversity that are the hallmark of modern Houston. In short, we envision rebuilding communities in the Greater Houston region to optimize human habitat.

We’ll begin this conversation at the inaugural People + Nature Conference at Rice University’s BioScience Research Collaborative Oct. 21-22, 2015. Only by uniting city planners, biologists, transit authorities, health professionals, and community advocates can we hope to think big about redesigning urban places for people and saving our last great wild places. Let’s get together and build the best human habitat that we can.

Find nature in the Houston area at GetOutHereHouston.org