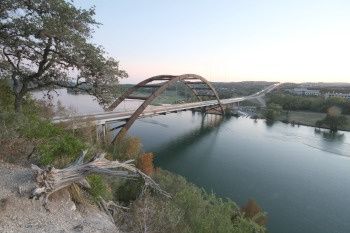 “More than 100 years ago, Frederick Law Olmsted conducted a study of how parks help property values. From 1856 to 1873 he tracked the value of property immediately adjacent to Central Park, in order to justify the $13 million spent on its creation. He found that over the 17-year period there was a $209 million increase in the value of the property impacted by the park.” From Planning.org

When Texas finally got serious about wanting to prove that parks weren’t just nice to have around, but really added value to communities, they looked to Texas A&M professor Dr. John Crompton. Dr. Crompton produced the first Texas look at the economic impact of parks and green spaces in 2001. In 2014 the The Economic Contributions of Texas State Parks was revisited and updated so that it could be current as a tool to help the Texas Legislator understand the true value of parks.

Texas Children in Nature (TCiN) knows that parks go beyond dollars and cents, but the economic impact is deeply important. When children and families spend time playing outdoors, they are healthier. The health of a community also has and economic value. When children are healthy the miss less school, which means parents miss less work, which increases the productivity of businesses. It also means fewer doctor bills and fewer insurance claims. All of which have value.

TCiN also understands that children who spend more time outside or have access to nature preform better in school. A recent study conducted by Audubon Texas shows the direct link between spending time in nature and higher test scores. Children also demonstrate better problem solving skills, more creativity and better cooperationwhen they spend more time learning and playing in nature. These are all qualities that aid in children achieving a successful and thriving future, and that businesses are calling for in the work force today.

As the population of Texas continues to grow it is important to strategically make the case for both the maintenance of our current parks and the addition of new ones. Texas currently has about 5% public lands. That is not much when you consider Texas also has 6 of the largest cities by population in the US.

Real estate developers are getting the message as well. I recently passed a billboard for a middle class neighborhood in Houston that stated, “Come Home to Nature”A second billboard outside of San Antonio read, “Make Every Day a Play-Cation”and featured children splashing in a creek.

There is another method for tracking the economic impact of parks and that is through philanthropic investment in a community. For example, a single foundation in Austin has pledged over $24 million in investment for a natural play area and redesign of a beloved local park, and additional funding for a new YMCA nature-based camp. These types of public-private partnerships are the key to finding the balance in Texas to improve access to nature for all.

Frederick Law Olmsted knew parks and green spaces had economic value over 150 years ago. He also knew they had an even higher place in our social fabric- the intrinsic value that we each find when we spend time surrounded by a great wildness or in the intimate world of a pocket park.